Morocco Tabiarte Tours will take you on journeys where you definitely will discover the different facets of morocco, a land rich of variety of landscapes, beautiful colors, exotics odors, also art in order to not forget its warm and hospitable people. Our tour company MTT offers varied and flexible & best morocco tours by 4X4 car, van or minibus, to various parts of Morocco, where you will experience an exciting and truly memorable adventure.

Every single tour, activity, accommodation and property has been personally visited and tested, so we can provide to all our valuable guests, first-hand information and opinions. Moreover, we work hard to create unforgettable experiences, a mix of emotions and feelings that express the real Moroccan soul. 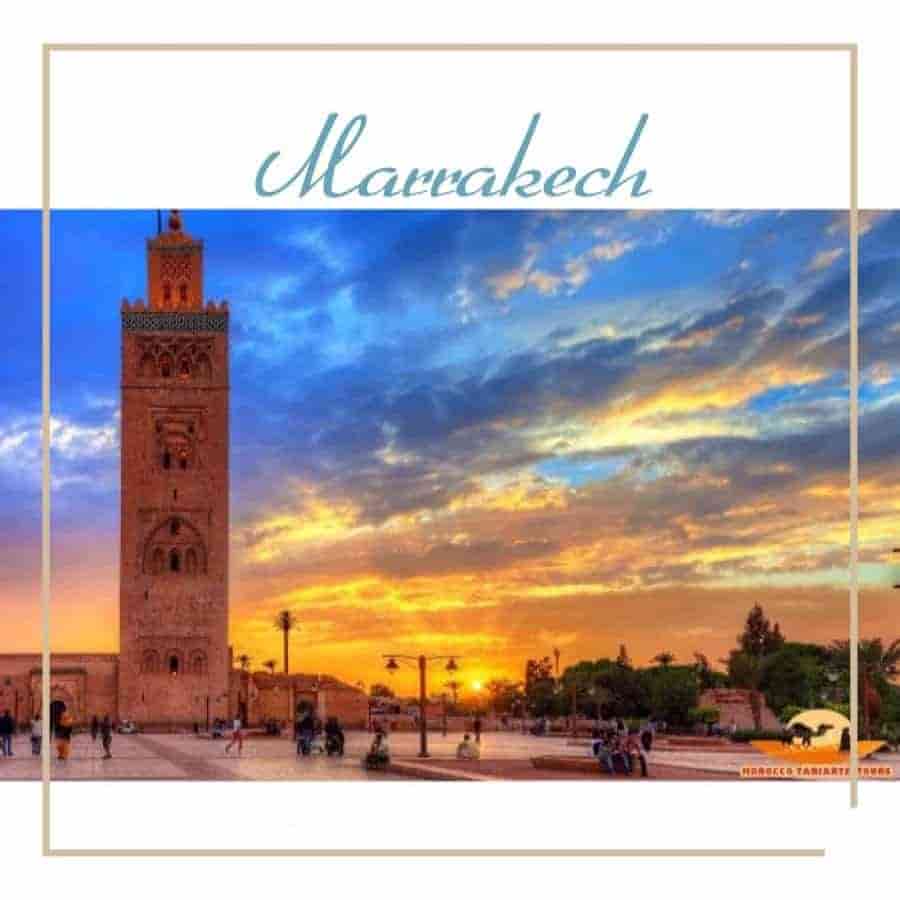 View All Morocco Trips
Most Popular 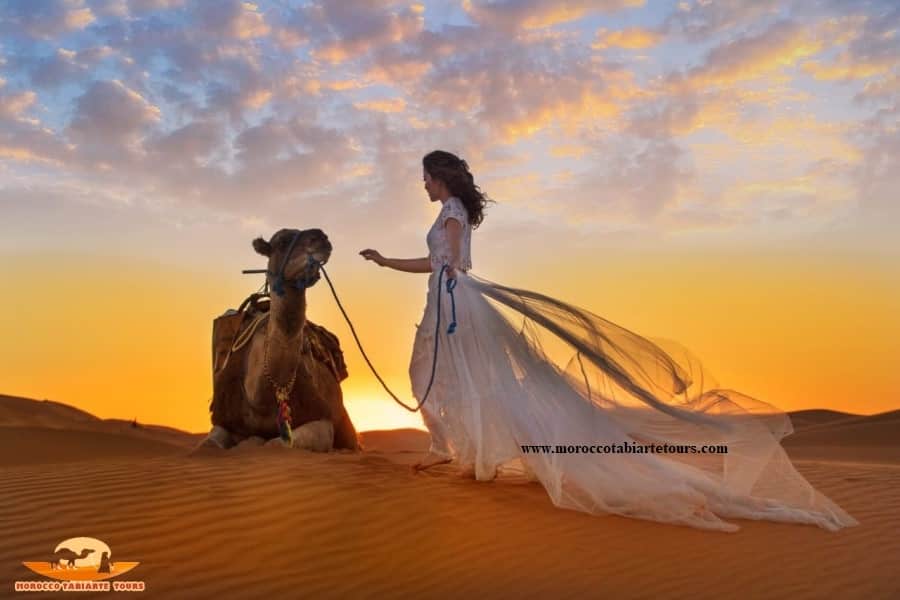 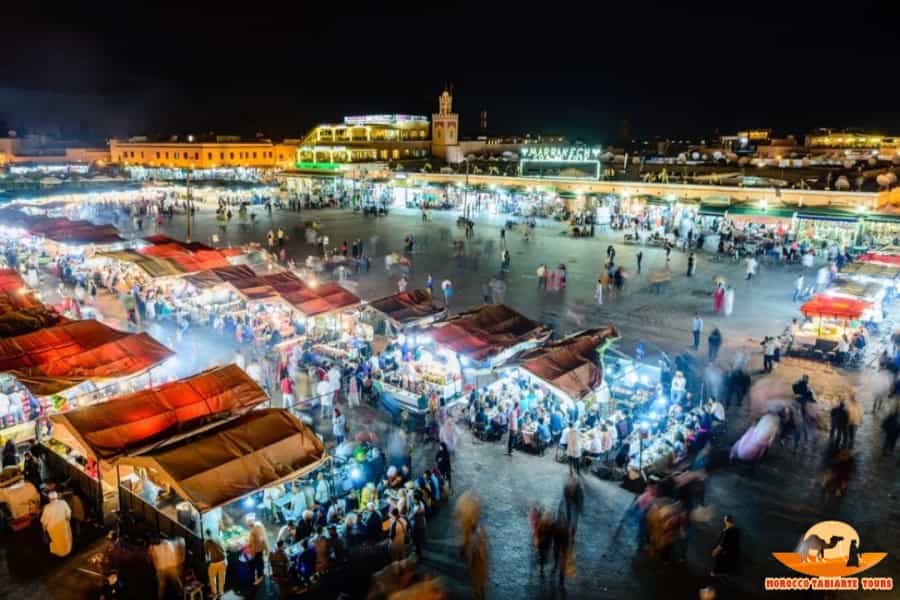 We don’t transform dream in travel

However we transform travels in dreams

MTT is a Moroccan destination management company and tour operator specialized in Luxury Trips options. with more than 17 years of experience, an inimitable network of partners and strong knowledge of the industry enables us to offer you a complete and tailor made experience in Morocco. As the starting point, we identify your needs and desires, then swiftly propose the best solutions to meet those requirements. seamless service, safety and security are the cornerstones of the operations, and exclusivity is given by the most thorough planning. the pleasure of your journey is our goal, whilst providing a perfect, bespoke service is our job.

Top experience out of the path, exotic itinerary and special access to unique activities

Experience only the best hotels/riads/camps that match your requirement, taste and needs

If you’re really seeking a pleasant substitute to the typical desert safari, we cordially invite you to try out our Quad Bike tour. As in Erg chebbi dunes, you ride in an off-road bike driven by an experienced driver. On the other hand, with our Quad Bike Adventure, you’ll drive by yourself, enjoying the ride carefully. Just a short safety briefing is needed, and also you can get behind the wheel of one of our Quad Bikes for a memorable session.

Last but not least, you can enjoy riding a Camel in the dunes of Erg chebbi in the evening, with an overnight in the heart of the desert. Furthermore, you will get to experience a Nomad camp and enjoy a wide range of activities such as Sand-boarding, Berber music show under an endless canopy of desert stars and many more.

By Hours
Availability : Year Round

Round Tour by a Guide 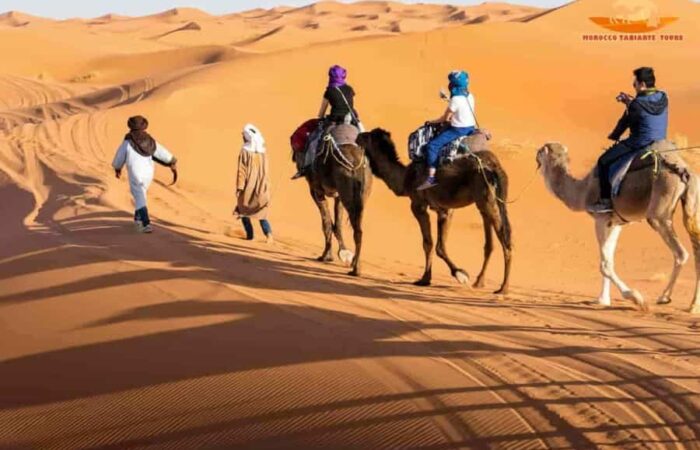 Authentic reviews from our Travellers

Independent Service Rating based on more than 100+ verified reviews.

First trip to Morocco? Here are a few questions you might have.

What are the best tours to Morocco

To get the best of your Morocco adventure, we recommend the following tours:

What's the capital of Moroccan kingdom?

Rabat is the capital and the seat of the Morocco Government, it’s one of the country’s four imperial cities.

What are the best things to see?

The historic city of fes which has served as the capital of Morocco for more than 400 years and at the moment is particularly famous for its tanneries and the Fes el Bali Medina. Furthermore, there’s tangier, a fascinating Moroccan city guarding the Strait of Gibraltar, rich for its architecture, admirable history and attractive attractions: the cave of Hercules and Cape Spartel. Last but not the least Casablanca, the economic capital of Morocco, include the Hassan II mosque one of the most elaborately designed mosques in North Africa.

What's the currency Moroccans use?

Morocco uses the dirham. The dirham’s symbol is MAD and in Arabic is د.م

The main traditional dishes that majority of Moroccans are familiar with in Morocco is Tajine and Couscous, consists of Beef or Goat meat with a wide selection of vegetables. however, in all major cities and most towns, international restaurants, especially Chinese, Italian and French, are plentiful.

When's the best time to visit this country?

Morocco is a country with 4 seasons. From winter through to summer, the country’s stunning natural landscapes change to reflect the seasons.  As such, Spring – Mid-January to April and in Autumn – September to November is a  beautiful time to visit Morocco and also experience the vibrant change in colors and scenery. During this time, the weather isn’t too chilly.

According to the summer in Southern Morocco, the temperature it increases up to 45 degrees during the day and 33 degrees at night. However, it can be visited anytime as long as you can adapt to the heat and book the right accommodation with air conditioning and a swimming pool.

Is it an expansive country to visit?

HOW CAN WE HELP?

We’re always available to help you to achieve the best travel experience.

Contact us
Open chat
1
Need Help? Contact us Now
Online
Welcome to our site, if you need help, simply reply to this message, we are online and ready to help :)